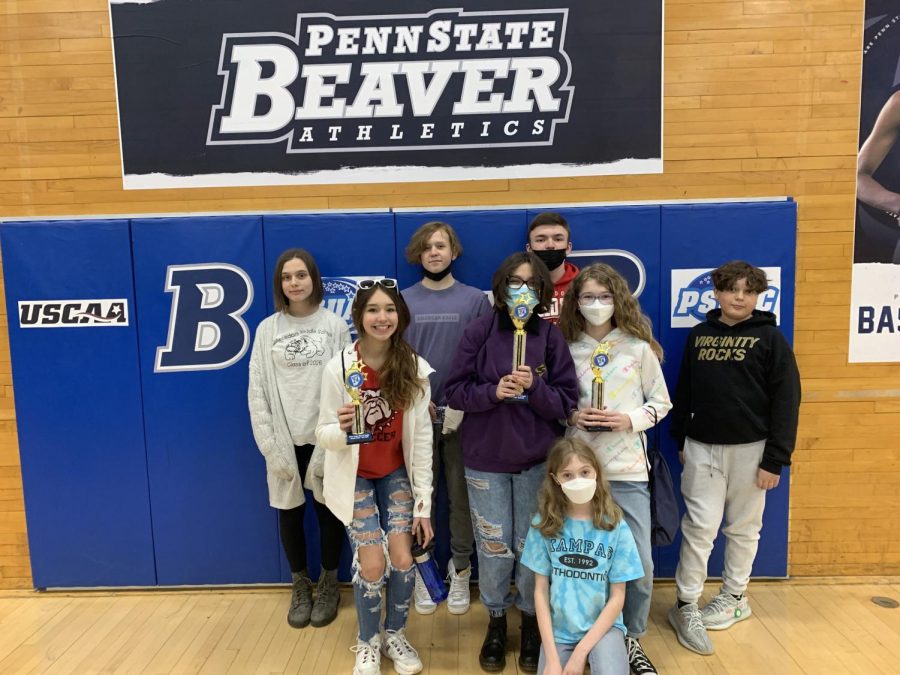 On March 9, the Math 24 team, consisting of eight people, rode the bus to Penn State Beaver to compete in the Math 24 competition. The seventh graders in the team are Chloe Lundy, Audrey Mooney, Elizabeth Mooney, and Troy Reynolds. The eighth graders are Colton Blank, Garrett Drutarosky, Calla Reynolds, and Slyvia Ruck.

The game Math 24 is played with two-sided cards, and each side has four numbers on it. The goal is to add all of the numbers up to twenty-four using addition, subtraction, multiplication, and division. The dots on the top symbolize the difficulty level of the card. The one-dot cards are the easiest cards, two-dot cards are a bit harder, and the three-dot cards are the hardest. Whoever taps the card first announces the last expression to solve the card first, and then explains how they got the answer using expressions. There are four rounds: the first round is single-digits, and the second round is double digits. Then comes the semi-finals, which are the variable cards. The variable cards look like there are two cards connected to each other, and both the cards share the middle number. However, the middle number is blank, and you have to solve for the number that can make both sides equal to twenty four without the number being larger than nine.  After that come the finals, which are the integers and fractions. You solve these cards like you would with single digits and double digits.