Girls Basketball bouncing back into a new season 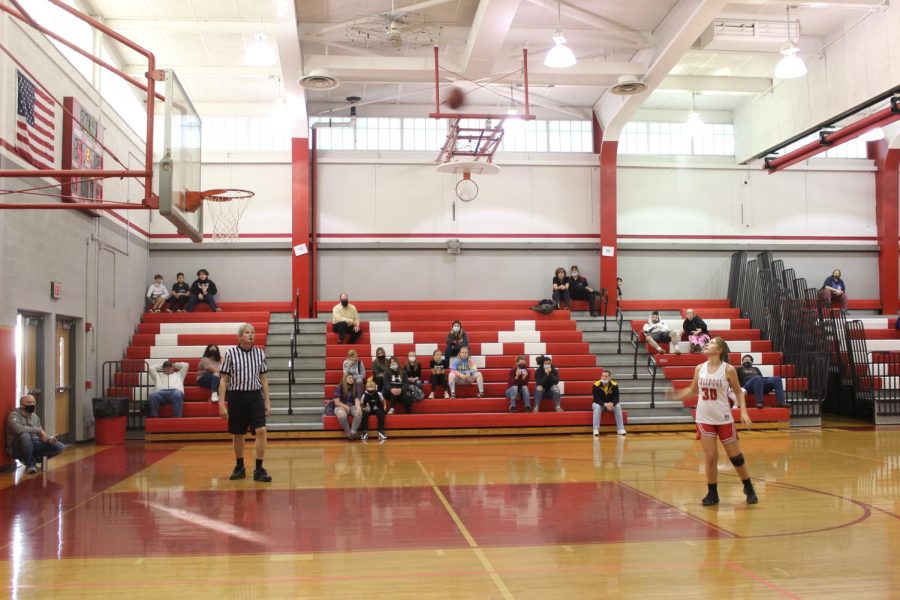 Brianne Casto takes a foul shot in the home game against South Side on Nov. 8

The middle school girls basketball has had a great start to the season. With last year’s season  getting cut short due to COVID, This year the girls are working harder than ever to make it a great season. With help of coach Chris Keller, seventh grade girls coach and Matt Klenk eighth grade girls coach) the teams have worked hard on teamwork and skills. The coaches try hard to work on as many fundamentals and conditioning because it is such a quick season.

“We can definitely improve on shooting and defense,” says Anna Majors,  seventh grader.

Every day that the girls teams don’t have a game they are at practice working on skills like passing, defense, shooting, and ball skills.

The 7th grade girls basketball team has a record of 1-6,with one win against Burgettstown at home. Even though the team had gone through their ups and downs they’re still making this their best season possible.

“My favorite moment is honestly just playing the game. Last year our team didn’t get to play so we didn’t have a lot of practice time. I think we are doing great for coming back after two year and playing,” ays Kamryn Haskey, 7th grader, said. Kamryn Haskey has had an amazing season so far. With 57 points in 9 games averaging 6.3 points per game, Kamryn has played up in two eighth grade games and has done great this season.

The eighth grade girls team has a record of 3-6, with the top leading scorers being Trinity Vojtko with 43 points, Mackenzie Mohrbacher with 33 points, and Brianne Casto with 30 points.