The run-derful season of cross country 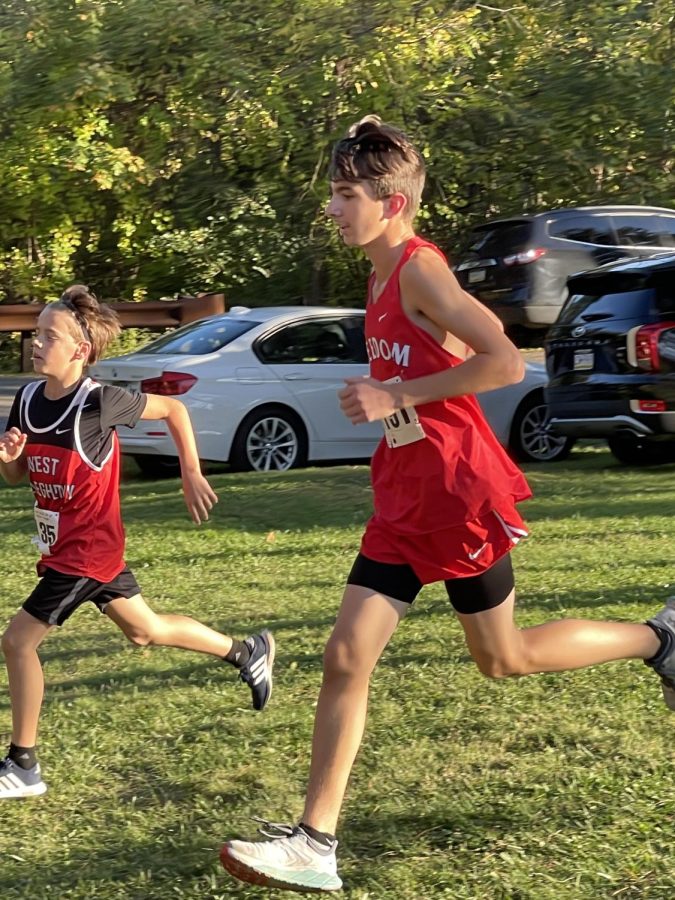 The cross country athletes competed in the MAC on Wednesday, October 13th.

Due to the size of the team and it being so small, it has affected the athletes on the team in multiple ways. One of the things that has affected the team in general is that they cannot compete against other teams in meets. A cross country team needs  five boy athletes and five girl athletes to score points. If the team does not have enough athletes, then the runners run individually. Something else that affects the runners is that they have no competition within the team to challenge and run with. The only times that the runners are able to compete with others that are at their pace is at meets and invitationals.

“My main goal for the team this year was to continually improve in both personal times and race finishes,” Mr. Fitzpatrick said, “and I’m pleased that we’ve seen both of those things throughout the course of the season.”

During the cross country season the athletes have improved greatly, all of the runners’ times (or also known as PR’s or personal records) have improved significantly.

Some of the best moments so far during the season have been meets and invitationals. The athletes and coaches both enjoy going to them.

“My favorite part of the season was the Bald Eagle Invitational,” Chaousy, eighth grade runner said. “It was a really good course and well planned compared to all the other races.”

The middle school team is very small, and may no longer exist when Shaffer and Chaousy, both eighth graders, move up into the high school. Joining cross country has many benefits in health and mind. It is one of the only sports that you do individually and not as a team. Join cross country, and be a runner.