Falling on the spectrum 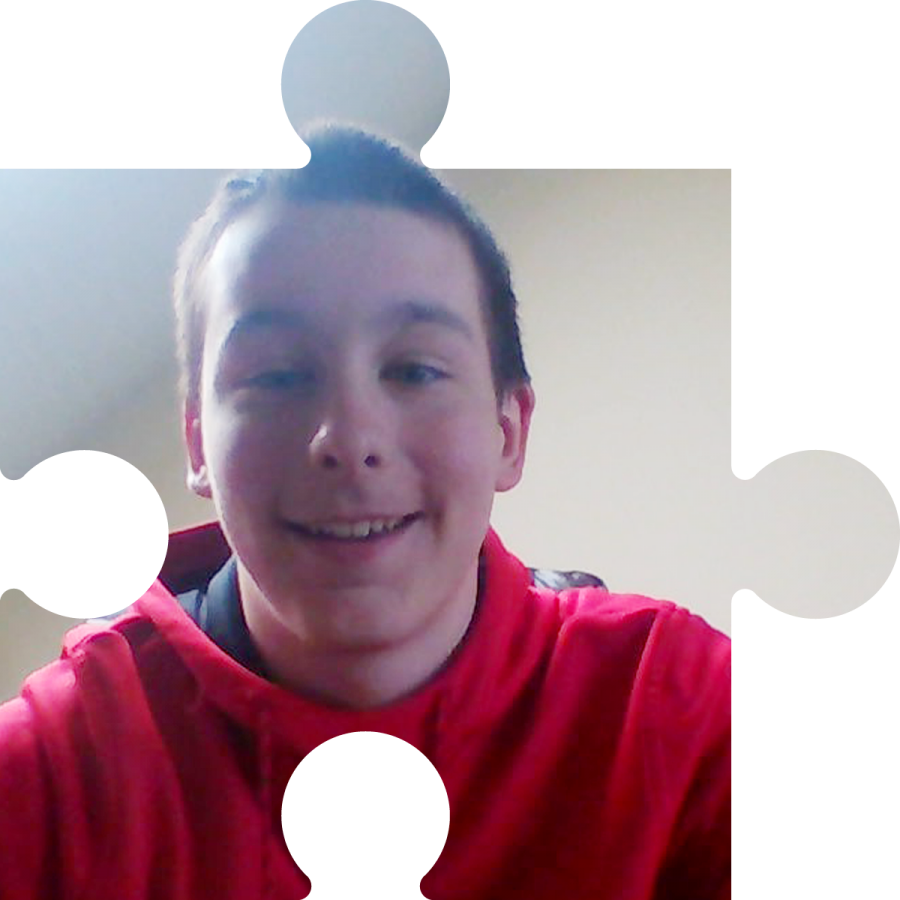 Eighth grader Devin Barnhart shares his experiences on being a student with autism.

Autism is a lifelong neurological condition that develops during early childhood. The reason that it is a spectrum refers to a range of characteristics. Appropriate support and accommodations are needed to allow people with autism to accept this neurological variation and to be given equal opportunity, with full and effective participation in society. Autism, or autism spectrum disorder (ASD),  is not one condition but many that are characterized by challenges with social skills, repetitive behaviors, speech, and nonverbal communication. There is not one standard autism but many different kinds and types depending on the challenges it gives you, which are influenced by many genetic and environmental factors. The severity of ASD can differ and change from poor social interaction, lack of eye contact, compulsive behavior, impulsivity, repetitive movements, self-harm, or persistent repetition of words or actions to being very mild where it is not diagnosed until adulthood or where it is not diagnosed at all.

Autism is mainly characterized by its unique social interactions and different ways of learning. People with autism tend to have major interests in specific subjects, inclination to routines, challenges in communication and social interaction, and particular ways of processing sensory information. Sensory information is data that the brain collects from the senses about the world around you, and being able to process it. Some examples are smelling something and being able to tell what it is, like bread in the oven or the taste of an apple.

According to Autism Speaks, an organization dedicated to making the world a kinder place for people with autism, one in 54 children in the United States have ASD, with it being three times more likely to occur in boys according to the National Library of Medicine. World Autism Day was established as an official day by the United Nations General Assembly on Nov. 1, 2007. ​​

“The purpose of Autism Awareness Month is to increase understanding and acceptance of people with autism around the world.  It is also a catalyst for life-enhancing research breakthroughs, increasing early childhood screening, and improving the transition from childhood to adulthood,” according to Autism Speaks.

One of the hardest parts about being a student with autism is trying to fit in, according to two students here at Freedom Area Middle School, Devin Barnhart and Gabriel Davis, both eighth graders. One of the biggest challenges that Devin Barnhart faces on a daily basis is trying to “act normal and not freak out, it’s hard trying not to be myself to fit in”.

Gabe Davis gave some words of advice for any students without ASD to try and help social interactions with ASD students.

“Just be kind, they live in the same world as you, and as a reminder for everybody, you don’t have to listen to what other people say, and you can’t let other people count you out every single day,” Davis said. Both students also gave very high remarks for Freedom’s special education classes for extra support.

“Being here at Freedom makes me better every single day,” Davis said.

The most rewarding thing about helping students is “ Building relationships with each and every student that I have,” said Mrs. Marrisa Timko, eighth grade learning support teacher said.

Timko also stated that teaching students with ASD is just like teaching every other student that she has, “They have their own strengths and their own weaknesses, just like everybody else”.

Whether students that you know or meet have ASD or not, students should always remember to be kind to each other. Everybody faces their own unique set of challenges every day regardless of if they are neurotypical, if they have ASD, or if they have a different color of skin. No matter what, always choose kindness.