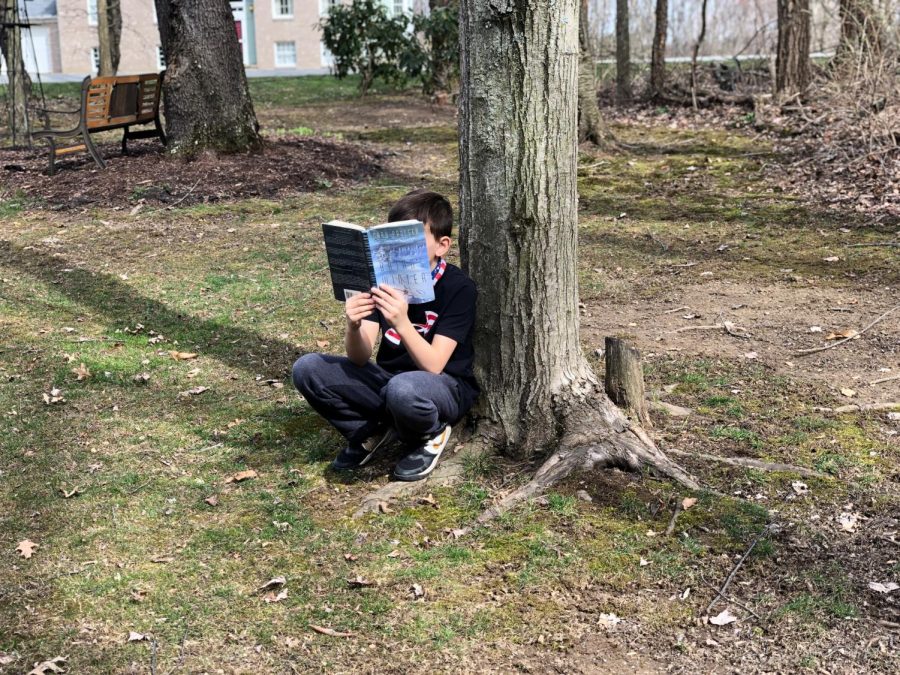 Xavier Garland, fifth grader, reads a book underneath a tree in the warm spring light.

If you are excited about spring break, you are in luck since it is coming up. When it starts you should take a break and spend time with your family. It will start on Monday, March 29 and ends on Monday, April 5. Freedom Middle School, take a break and just sleep in and do what you want.

Is there something in particular you like doing on spring break? Well I know some people do.

“I like finishing projects that I didn’t have time to finish.” Mr. Gregg, art teacher, said.

Some of the other things that were chosen were sleeping, camping, and watching television. Freedom Middle School students chose different things and a few were going swimming, soccer, and dirt bike riding. The greatest response was going on a walk at 72.6 % on the final question which is, what are you most likely to do outdoors. Some of the other ones that were chosen were playing softball, hiking in the woods, and jumping on their trampolines.