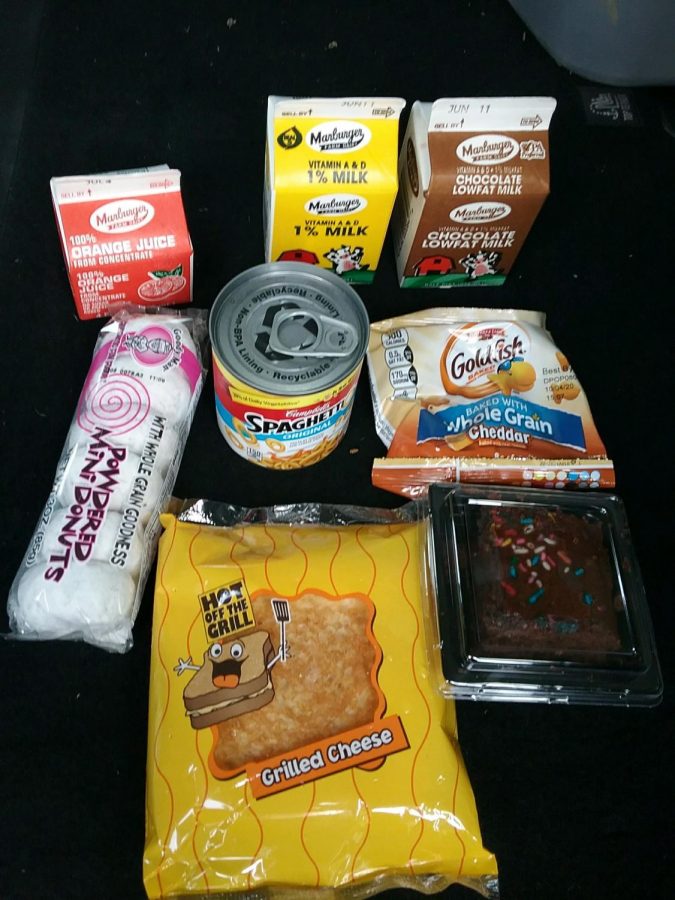 Examples of the food that is being distributed to those who need it.

Ever since school has been canceled for the year, meals have been distributed to those who need them at select locations. These locations include the old Big Knob Elementary, the Conway Municipal building, and Freedom Middle School and were passed out between 4 and 6 pm. A collection of staff has passed out these meals that have included enough food for someone to eat lunch and dinner. Meals are available for anyone age 18 or under who lives in the school district.

The meals were provided by the Freedom Area School District and the YMCA and used up what remained of the food from the cafeterias. As many as 600 people have received meals in one day and many rely on them to eat. Although these meals are necessary the school year is coming to a close and so are the meals. Starting on June 8, breakfast and lunch will be served at the middle school only from 11 a.m. until 12:30 p.m. This will go on until June 30 when the meal distribution will stop for the summer.