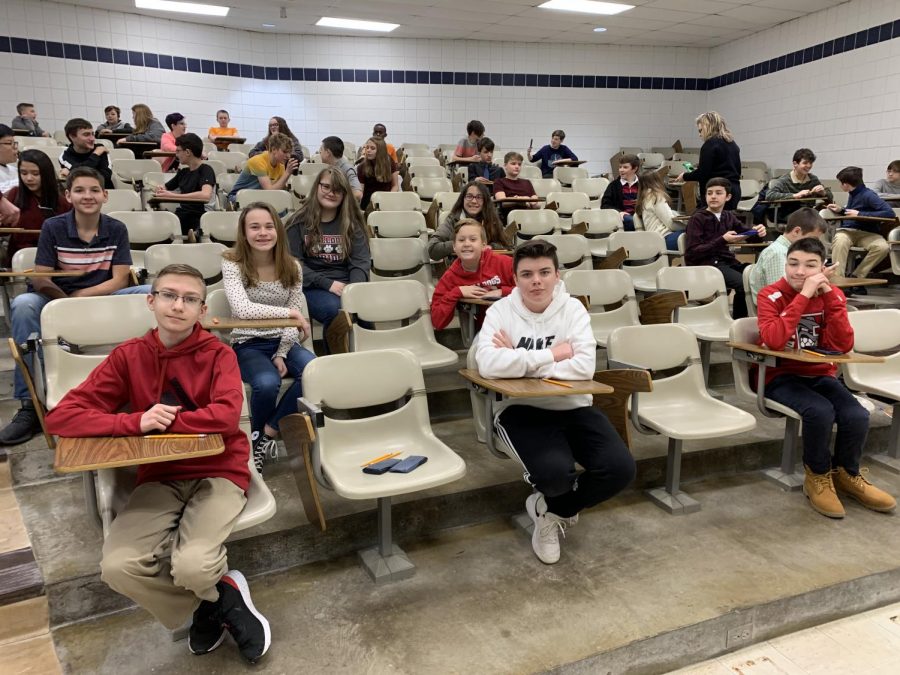 Freedom team prepares to start competition at Penn State Beaver on the morning of Feb. 1

On Saturday, Feb. 1,  the PA Chapter MathCounts competition took place at Penn State Beaver.  This event has been going on for over 20 years. The competition is a math competition where students from 6-8 grade showcase their intellect. This competition is sponsored by Pennsylvania engineer Dave McCoulough. More than a million students countrywide take part in Math Counts each year. This year there were six total schools in the Beaver County competition. These schools included Freedom, New Brighton, Saints Peter and Paul, Beaver, Central Valley, and Ambridge.

The competition includes the first round which is the sprint round, the second round, the target round and the team round. After these rounds, the top 10 individual scorers from the previous rounds participate in the countdown round where the students compete head to head to determine a winner. Then the top four contestants make it to the state competition in March. As well as the top four contestants, the top-scoring team also advances to the state competition. This year’s winner was Beaver.