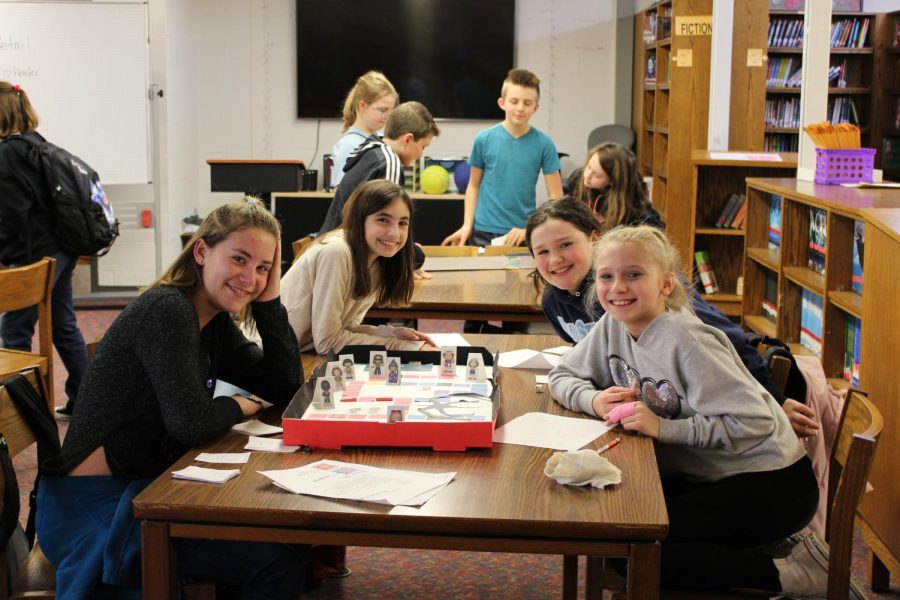 Sixth grade students share their math games with other classes in the library during Academic Support.

Tricky problems + board games = FUN! Mrs. Clibbens, a sixth grade math teacher, assigned her class to make math board games from a pizza box. The students cut up paper to fit their box and painted it. They had to create problems that were at a sixth grade level.

Most boxes had a theme like their favorite TV shows such as “Stranger Things”, and music bands like BTS. The class got to ditch the textbook and worksheets for a week once the boxes were completed. After each box was graded students volunteered to play their games with the other fifth and sixth grade classes. A few days out of the week the volunteers would go down to the library and play their games with the other classes.

“I enjoyed getting to know more of the fifth graders and teaching them some math.” stated Charles Brenkle, sixth grader.

“I really liked it, that was a great experience!” exclaimed Garrett Drutarosky.

In conclusion, the math games were a big hit.